Appearances in the media

Beyond the BS in Blockchain (EN)

Life After the ICO - Interview by Vincent Everts (NL)

The Internet of Coins Project (NL)

Two years after experiencing a divorce Kingly made an artwork out of four elements of his wedding ring. The ring is designed as such that it enables the wearer to fit different types of ornamentations to it.
⇢ Picture of the artwork.

A digital wallet for freedom of transactions. Hybrix is meant to become a viable and open-source replacement for value transfer systems. Why should the power over money worldwide lie in the hands of a few large players?
⇢ https://hybrix.io

For two years Jo and his partner have lived off-grid in a Tiny House in the forest of Wageningen. They wanted to experience first-hand what it means to live without using electricity, water or sewage facilities. The tiny house in which they lived had solar panels and a windmill for power. Biodegradable waste was recycled into fertilizer. Follow the link below to the website (dutch) detailing their experiences.
⇢ https://howtotinyhouse.nl

An in-depth technical whitepaper detailing a meta-protocol and blockchain integration solution in the form of decentralized assets for transacting value across digital currency ledger systems. This would allow for ledger and blockchain platforms to be used as a value transfer medium without needing any financial intermediaries. Kingly has co-authored this paper together with Rouke Pouw.
⇢ Download PDF 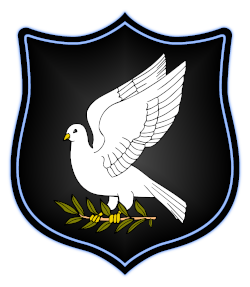 An experienced founder, developer and trader for over 12 years, in June 2017 Kingly won both the potential and pioneer grant achievements totaling more than 100.000 US dollars from the SIDN Fund for his project Internet of Coins. Organizing a successful crowdfunding program that same year together with his team he managed to raise over 3 million US dollars to kickstart development of the project.

Since that time it has been in active development, recently rebranding to hybrix, and currently serving over 4000 users with a secure, non-custodial solution for crypto finance. Between 2018 and 2021 Kingly has made numerous public speaking appearances, and authored a manifesto and several papers detailing new protocols for digital finance. He currently serves as CEO for HY Company.

During 2016 and 2020 Kingly has also actively been working on a variety of security related and peer-to-peer networking systems, including Peer2Product (federated e-commerce), NetAidKit (secure communications tool for journalists), auditing Solidity smart-contract security (together with Radically Open Security), and providing many companies with technical and crypto-economic consulting.

Before working in technology and digital economics, in 2008 Kingly self-hosted the blog publication journal BE.725 in which he premiered high profile stories such as the origin of Stuxnet in 2009 and an article detailing the large scale attacks on payment providers Mastercard and Visa in 2010. This led him to be traced by security agencies and a subsequent recruitment attempt by Dutch intelligence service AIVD in 2016, a job he declined.

Kingly enjoys writing music and since 2020 has been making his debut album, which is still in the works. He is also currently writing a book on market theory concerning price-time relationship patterns, having developed an algorithm for tracking market momentum which is currently being used for investment, and is busy authoring his biography.

The artist name Jo Kingly has been chosen by Joachim de Koning as a way to make it accessible for people to identify him internationally. It is easier to pronounce than his original name, and gives some flair with the wink of an eye. The resemblance of this name to the word "jokingly" is intentional, Kingly is of the opinion that nobody should take themselves all too seriously.

Please send a message using the form below if you would like to get in contact. For interviews or otherwise, please state the subject of the meeting, and feel free to let us know when and where you would like to meet.

For inquiries related to investment, sponsorship, cryptocurrency or having Kingly speak at an event, fill in the preferred date and time two weeks from now that you would like to meet. An fee will be charged according to a determined contract for booking.

It may take some time for you to get a response, and so we ask for your patience.